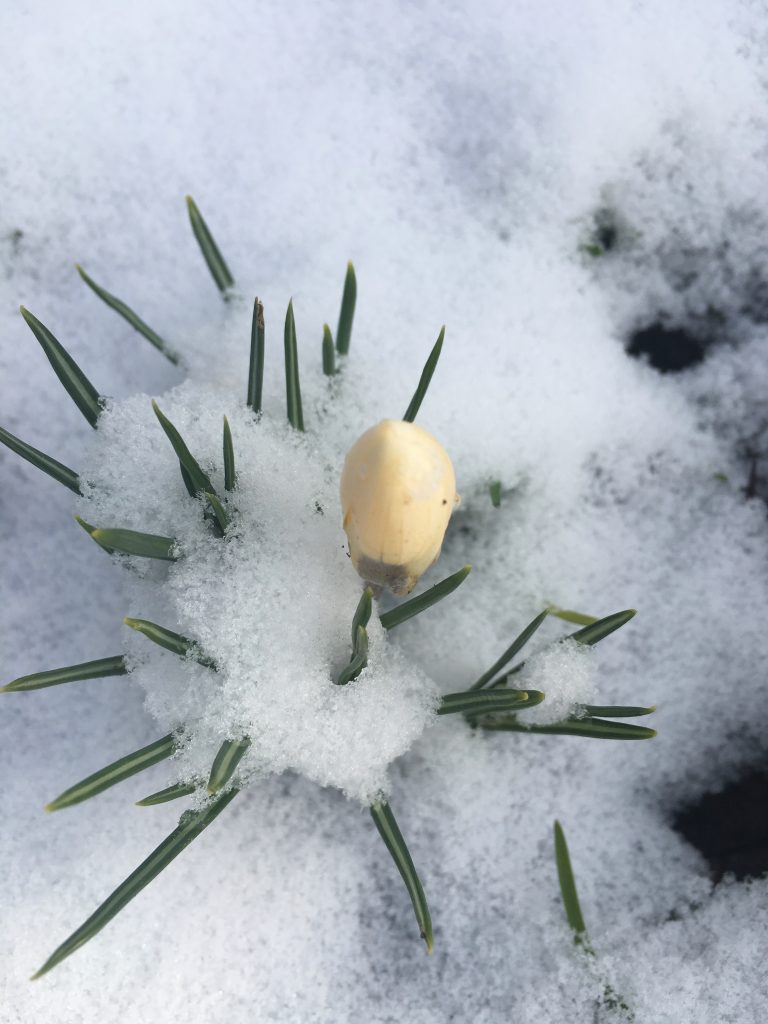 I’ve held off this year about posting the forecasts for winter because there are several different circumstances this year. The first is that El Nino which guided our weather for quite a bit of last year- until the last month of winter and lead to a very average to mild winter has waned to what is known as positive neutral. I’ll get to that in a moment.

Last year the great anomaly was that the flow turned northerly in February and did not change for 6 weeks lapsing into spring. Very unusual. Large snow storms  occurred in the Puget Sound as well as in Eugene/Roseburg to the south but luckily only amounted to a few light skiffs of snow in the metro area. It was extended period of below normal temperatures after the first half of winter that was mild and uneventful.  This jives with a study that came out several years ago where it is surmised that there will be more cold weather outbreaks as the climate warms. How is this possible? Well, it is a weaker jet stream that does not have enough oomph to move along and this allows cold air to bleed from the north unimpeded by a weaker positive flow and lack of horizontal movement in the jet stream.  Longer periods of hot weather in summer have been the most conspicuous change until recently but it appears winter will be affected too. So, a hallmark of climate change is longer duration of similar weather. When a flow establishes it has a hard time letting go until some macro-system change pushes it along.

We should look to the past for ‘normal’ weather events

A positive neutral regime has some similarities to El Nino which officially ended this fall. Sea surface temperature are above normal but not warm enough to slide into a full El Nino. Therefore, it has some characteristics such as milder, blander weather for extended periods. Its also important to notice that the overall trend is for ENSO neutral or No Nino this winter with the collapse of last years El Nino. Complete No Nino years are all over the place without an overall guiding regime such as an empowered northern jet stream (La Nina) or a split flow off the coast weakening storms (El Nino). Therefore, it is much more random and most meteorologists are calling for a “Normal” winter. And that makes sense.

A normal winter in Portland means several things. These are averages for 1981-2010 climate normals. We’ve had a run of mild winters which could make for a normal winter feeling a bit more extreme.  For instance we AVERAGE 2 days a year with lows below 20ºF at PDX. Our average annual coldest mean is 19.6ºF. Mostly tempered by that fact that we have been dipping below 20ºF (real arctic air) only every four years. The last major intrusion of arctic air (an arctic outbreak) occurred in February 2014. That means we are over due for a cold wave and  I wouldn’t be surprised to see that happen. I’m speaking of a typical arctic intrusion which used to occur much more frequently before the advent of this century. An arctic intrusion is temperatures below 20ºF for at least two nights and highs below freezing. We average one day per year with a high below freezing and this year I would expect more than that. And Arctic intrusions usually involve snow and ice so that would probably occur too. So, since 2000 we have dropped below 20ºF every four years. 2016-17 had a very very cold January with a lot of snow. PDX recorded an ultimate low of 11ºF and Hillsboro a boneshattering 3ºF but aside from those two reporting stations on one night the majority of that colder than normal month was not officially an arctic outbreak- just below normal and the coldest winter since 92/93 over all.

An autumn from the past

This autumn has been different in that cold weather arrived VERY early and this regime has persisted. Our first intrusion of cold air came at the end of September and as this pattern has waxed and waned it has sent two additional waves of cold air to the south. This pattern shows little emphasis on moving and I’ve been concerned that this set up is perfect for an arctic intrusion. We’ve seen high pressure (a rex block) form over the Yukon three times and move to the west or retrograde. This allows a bubble of very cold air to move directly down from Canada. Early autumns have had some of the most damaging freezes of all (Nov. 13, 1955- 13ºF and Nov. 17, 13ºF- 1985) are two examples and they resulted in devastating freezes when plants were not yet accustomed to cold temperatures. This autumn has similarities to many years when winter occurred in the the first half of Meterological winter (Dec. 1-Jan 15). The persistence of this northerly flow and its ability to reform following perturbations leads me to think its a trend. And its going to take a big kick in the atmosphere downstream to give us a major pattern change.  So, it appears likely that the first part of winter will arrive below normal. How cold remains to be seen.

Back to normal? What is normal?

NOAA is still calling for slightly above normal temperatures through winter. This reflects most dramatically on the deviation from the 1981-2010 time frame that the climate has warmed in that short time above those normals- we’ve become unused to arctic blasts  So, Fingers crossed that I am incorrect. And there is every chance that I am. But this year seems primed for an arctic event- and thats purely unscientific.

As already mentioned true Arctic events are characterized 2 or more consecutive lows below 20ºF and highs in the 20’s. usually lasts 3-5 days and begins or ends with a snow transition to ice. This could happen just once-  VERY RARELY more than once per season. The last time this occurred was December 2013 and February 2014 so it has occurred in the recent past.

So, get your mulch and remay in order and save those fir bows for protection. JUST IN CASE. And remember that most years with arctic air it only occurs for a brief time- and a majority  of days and the rest of winter could be normal or above normal skewing the long term averages.  There will be plenty of advance warning of arctic air so its a little too early to panic and if it does occur I will react with a blog with more specific information. .

Lets just hope my hunch is incorrect and we have a mild zone 9 winter again.

One thought on “NO NINO- status quo- or Arctic flow?”