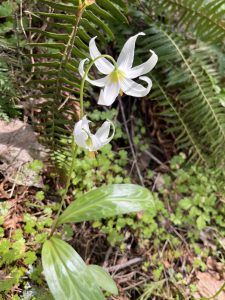 Oregon fawn lily is widespread in the western third of the state. In late winter and early spring leaves arrive mottled like a spring fawn. Soon the flowers follow on straight stems and yield a cream colored umbrella of petals. They reflex around a yellow center with protruding stamens. This glorious little plant is perfectly adapted to our climate. By mothers day it has set seed and gone back to sleep. Flowers are single on average plants or in poorer soil. In rich soil it soars to 20″ tall and can have a spike with two flowers. Gorgeous ephemeral plant that requires a dry rest period in summer. Competes well with invasives and in time it will seed itself to form patches. Seedlings of this bulb take approximately 2-3 years to bloom. Water to establish potted plants. Once established, only the rain that falls from the sky. Full sun to full shade in average soils, including clay soils. Do not water in summer or it will rot and die. In the wild its found under Oaks where it competes on the forest floor with Lonicera hispidula and other forbs. Blooms from early April to early May in the Willamette Valley- later at higher elevations. A wonderful native plant that should grace every garden. Found in the wild with Dodecatheon hendersonii, Nemophila menziesii var. atomaria, Carex tumulicola, Festuca roemeri var. roemeri and Festuca californica. Occurs on upland soils, never boggy. Extremely well adapted to our soils and climate. Wonderful woodland bulb. Best in part shade to shade, where the flowers last longer.  Oregon native plant. 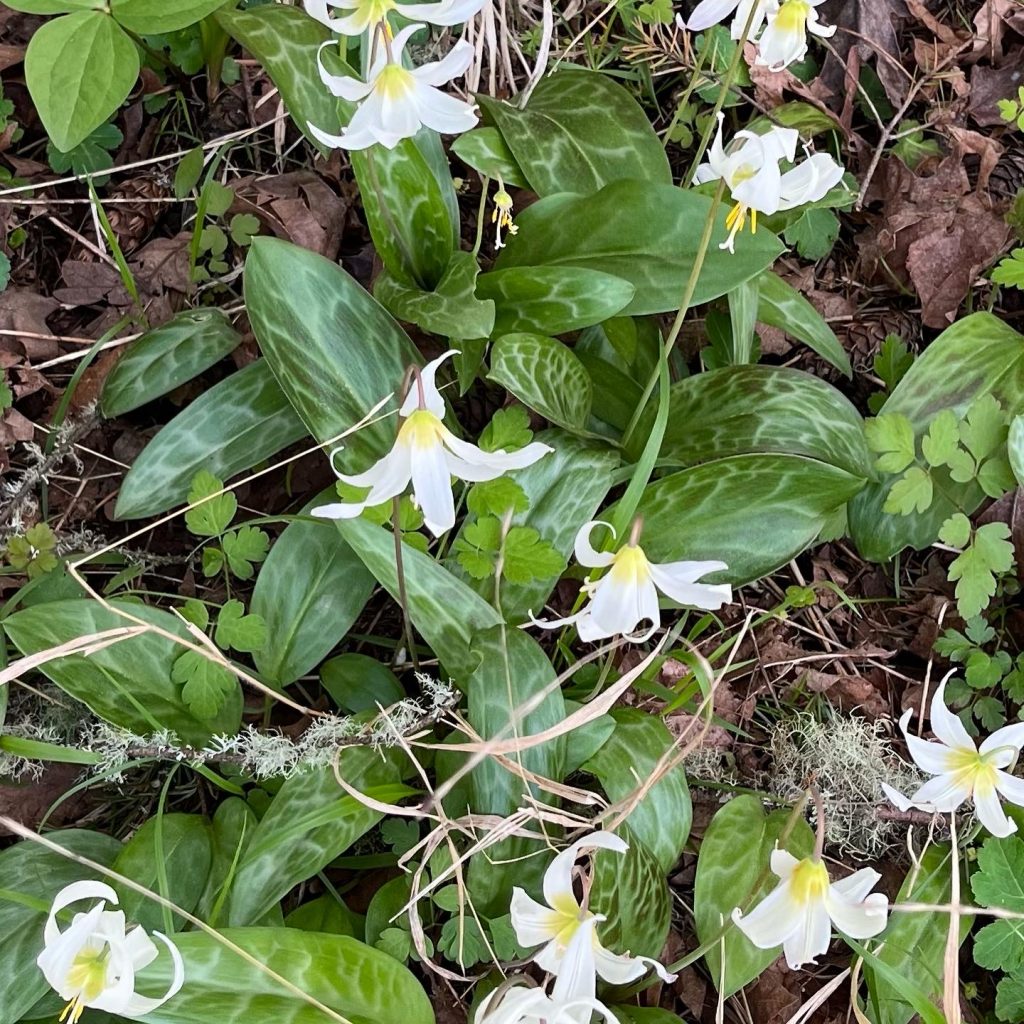 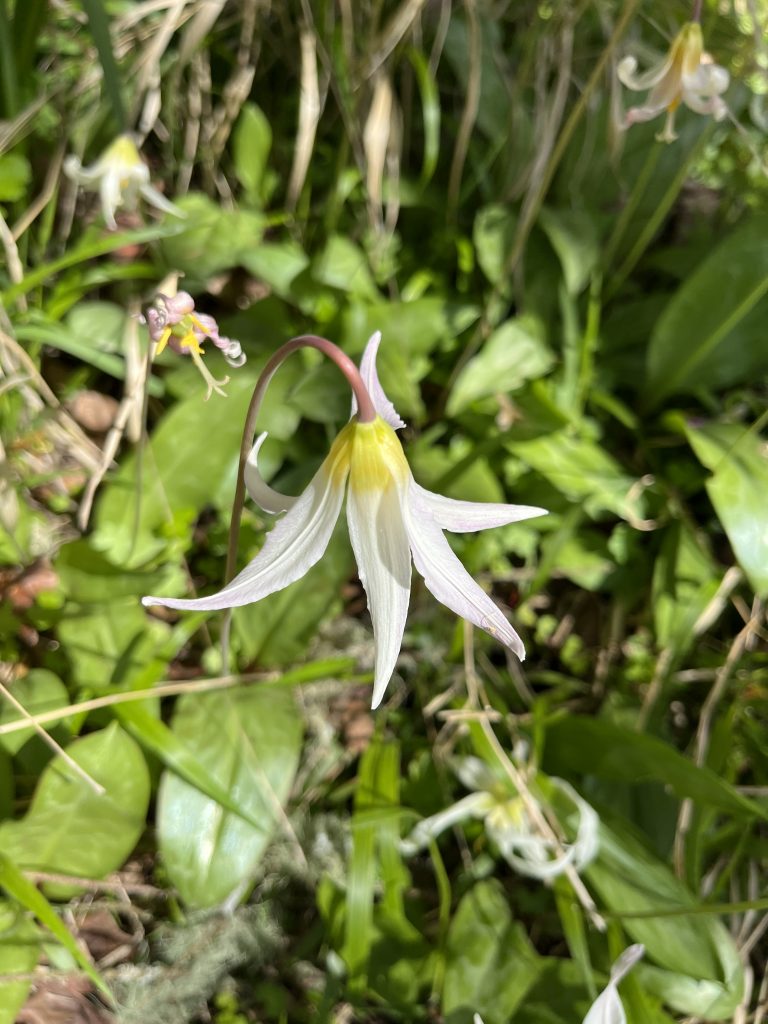