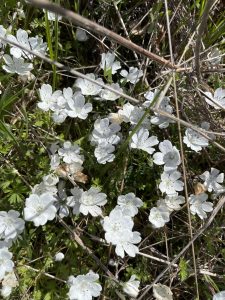 Giant baby blue eyes is kind of a misleading common name. The flowers in our locally native form of Baby blue eyes are a pure white with black dots on the interior. The only blue that appears on this subspecies is on the reverse of the petals which is often blushed with navy blue. This delightful wildflower grew natively in my back yard where I grew up. In early April to early June it would make sheets of cup shaped blooms under the native white and black oaks. There it bloomed simultaneously with Foothill shooting star (Dodecatheon hendersonii), Prairie stars (Lithophragma parviflora)  and western buttercup (Ranunculus occidentalis) and  mission bells (Fritillaria affinis) –  a  really cool native vignette. Wonderful annual for many kinds of native pollinators. Native bees favor this plant and if you look diligently they will be visited over and over.  It will resow itself very reliably if foreign invasive plants are kept away. Mixes really well with (Collinsia grandiflora) Giant Blue Eyed Mary and (Plectritis congesta) Rosy plectritis. A truly exquisite west coast and Oregon native that is adapted to life between clumping grasses. Non native turf grasses will quickly over run and out compete this plant. So, invasive weed control is paramount in maintaining consistent years. In my own backyard it grew between (Festuca californica) California fescue and California three awn (Danthonia californica). Water in potted plants.Protect seedlings in spring and fall from slugs. Oregon native plant. 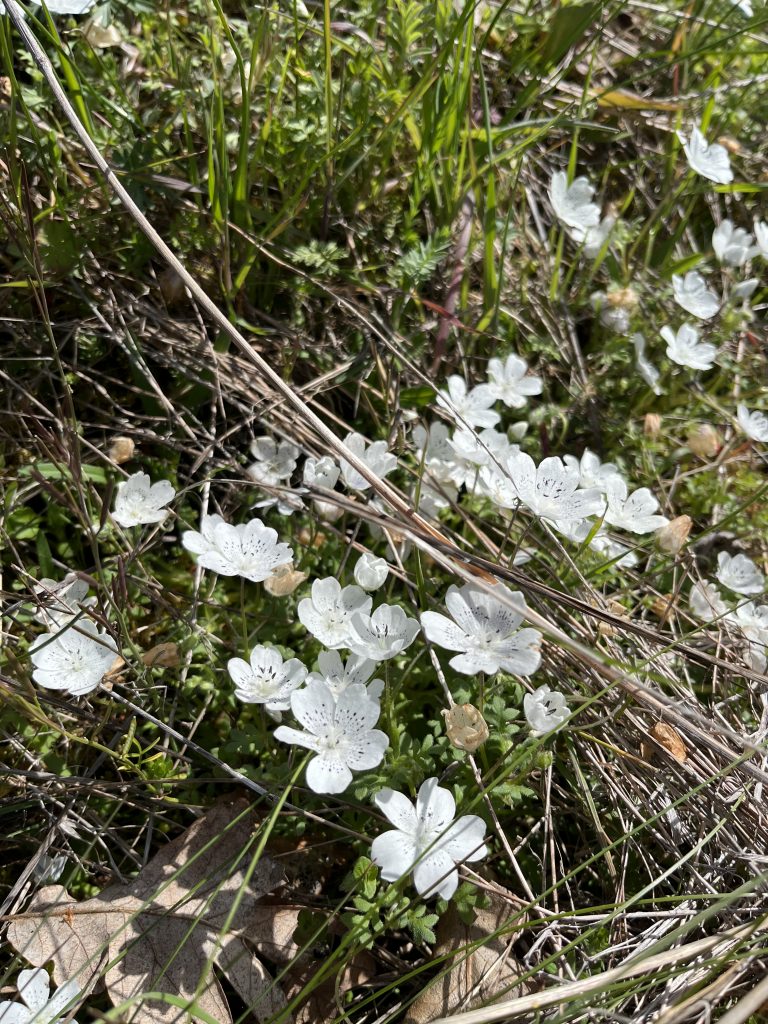