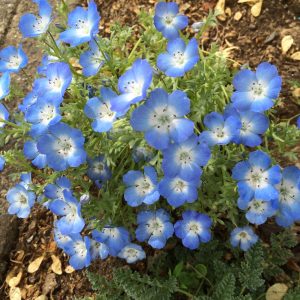 Baby Blue Eyes is a hardy annual wildflower native to the southern coast in the blue form. In the Willamette Valley up to about Portland the variety Nemophila menziesii ssp. Atomaria is the native form.  It has large cup shaped flowers that are white on the inside w/ fine intricate black spotting and blue on the reverse of the petals. That is the form that I grew up with in the country near Eugene. This is a fascinating annual that is adapted to just about any soil that is not boggy. Finely divided foliage forms sprawling rosettes that support the nickel sized sky blue to pale blue flowers. Blooms April to June. Reliably reseeds in open disturbed sites and with a little protection from slugs and lack of competition.  The whole plant is dead and chucking seed by the heat of summer and ultimately disappears on its own. Adaptable to full sun to light shade. Self sown plants get by with no supplemental irrigation- plants from containers seem to like regular water. In habitat it occupies slopes usually under the canopy of Oaks.  To 4″ tall and 1′ wide. Excellent, long, showy display in reconstructed Willamette Valley meadows. and laugh at summer drought by finishing their life cycle and simply spreading anew by seed. We are actively searching for the ssp. atomaria but the seed is hard to obtain. Occurs natively with  Erythronium oreganum, Dodecatheon hendersonii, Ranunculus occidentalis as well as Plectritis congesta.  Oregon native plant. 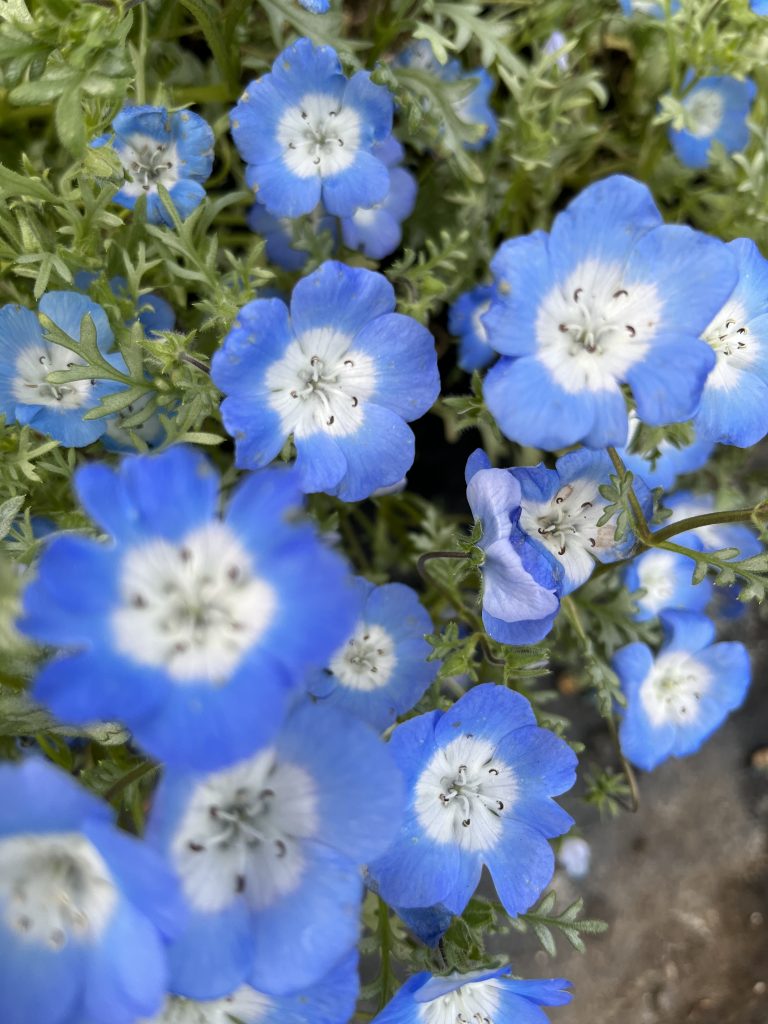