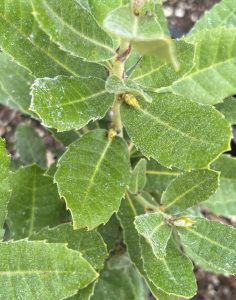 Tan bark oak or Tan Oak is native to the SW corner of Oregon south into the mountains of southern Calfiornia. The large convex leaves emerge clad in gray fur as this wears off it reveals a mature deep green with an underside of silver. Moderately fast growing evergreen tree to 45′ tall x 25′ wide in 30  years. Grows on average 2′-4′ per year when young. This close relative of Oaks produces acorns that are light tan and born out of an indumentum covered prickly cup. In Oregon this tree mostly of mountains can be found most extensively from Douglas and Coos County south to the coastal border. It is found in the higher elevations of the mountains of northern California where quite a bit of heavy wet snow occurs. This tree will bend in snow and ice and it will not break. Conical and spreading crown. Tan Oak which was harvested in the 19th and early 20th century for the collection of commercial tannins. Full sun, it grows well but is slower and a bit spindly as an understory tree. The furrowed bark is dark brown to black. Its range is almost the same in Oregon as Canyon live oak (Quercus chrysolepis) and cold hardiness is equivalent too, hardy just below 0ºF. Wonderful, stately, native evergreen shade tree. Ours are raised from acorns collected at the northern extent of its range in Douglas County.  Oregon native plant. 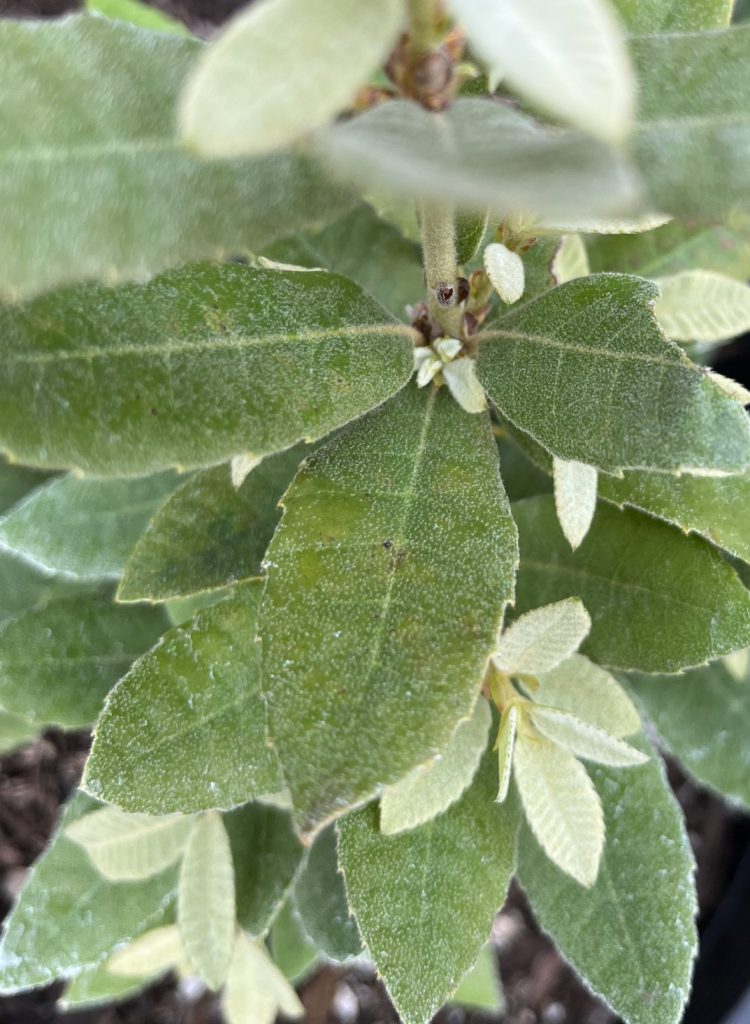