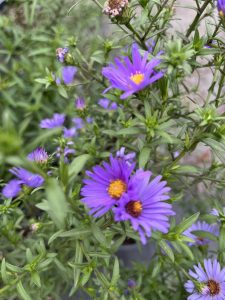 Pacific Aster. Our selection of a widespread beach aster species that circles much of the temperate Pacific Rim. This form tops out at a compact 30″ on an upright plant that forms expanding clumps in rich to average soil ‘Short Sands’ is a purple form from seed of a very dark purple specimen that Greg found.  It is by far the darkest purple that we have encountered in this species. The majority are white to very light lavender. Most often its habitat is adjacent or very near the coastal strand. Its adapted to all kinds of soils from sand to clay and it appreciates deep infrequent water during the summer season. Blooms begin in August and open until mid November. This aster is often seen along the sides of HWY 101. In fleeting glimpse you can capture small periwinkle daisies late in the season. A pollinator master piece. All sorts of natives recognize this showy perennial. Full sun to light shade. It seems to be most vertical in full sun and average soil. Over amended soils, too much water, or too much shade will lead to a splaying flop. The flat upturned daisies come in rows of two for a fuller look and are a natural landing pad for butterflies.  Winter deciduous, very tolerant of dry conditions when established but does better with deep infrequent summer drinks. Cut back hard in spring- a new batch of leaves will just be arriving. This sophisticated  native is at home in pampered borders or wild areas. Associated plants in habitat are Mianthemum dilitatum, Calamagrostis nutkensis, and Vaccinium ovatum. Its habitat is dwindling as Everlasting Pea (Lathyrus latifolius) and Ox Eye Daisy (Dendranthema) have crowded this special plant out  Excellent garden plant.  Oregon native plant 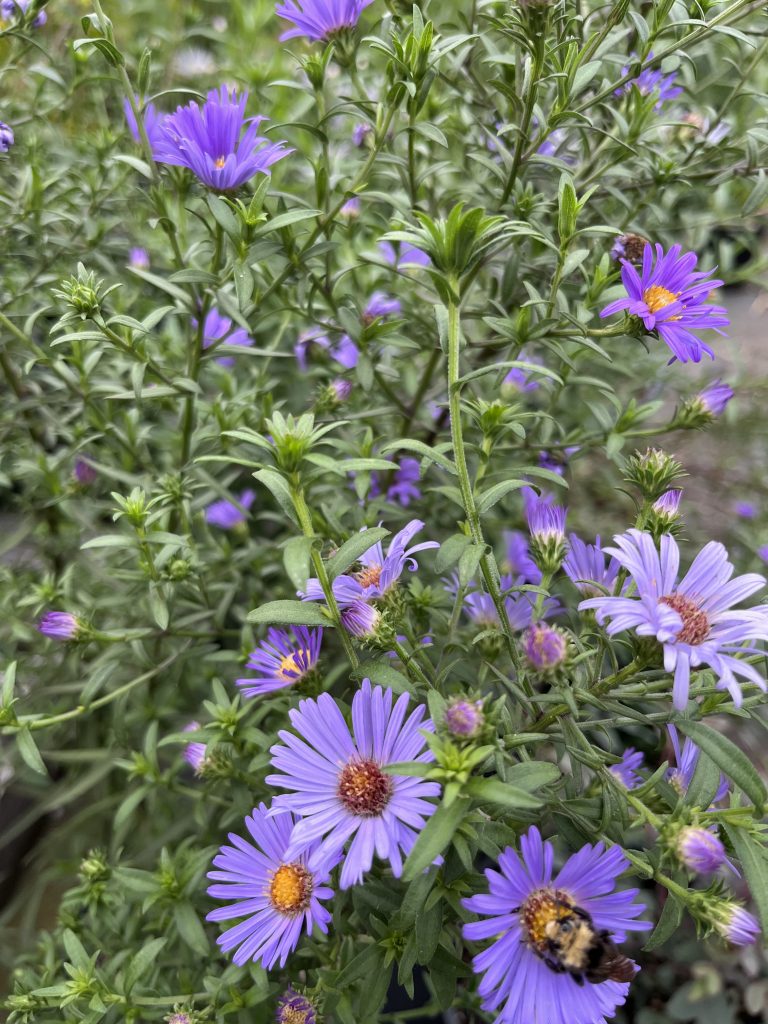