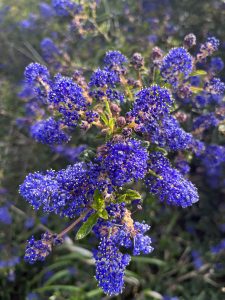 Very fortuitous, we planted 5 species/cvs of Ceanothus in our stock beds and they of course got a little frisky. We ended up with one stellar seedling that has impressed us so much that we showed it to Ceanothus Guru  Dave Fross of Native Sons Nursery and he was impressed. In its 3rd year its produced copious blooms that are about the darkest blue that I’ve seen. Only the cultivar ‘Kurt Zadnick’ has deeper tones but this plant displays them differently. Large fluffily black/blue trusses of flowers on a  lower and spreading plant. To 4′ tall by 6′ wide very fast. Glossy undulate leaves look nothing like their prospective parents. It has shown great cold hardiness as well as drought adaptation. Um…..we’ve never done anything to it. It hasn’t ever even had supplemental irrigation. So, extraordinarily climate adapted. Also, most Ceanothus seedlings require 3-4 years to commence bloom. This precocious little seedling bloomed its second year. All of this adds up to a great new cultivar. Full sun to very light shade and average soil. Water for the first season to establish then none in subsequent years. Blooms late March to late April and occasionally on new wood through summer. This would make a great bank cover with Cistus and Helianthemum, Eriogonums. So cool we named it Azul. The beginning of a GREAT Ceanothus. 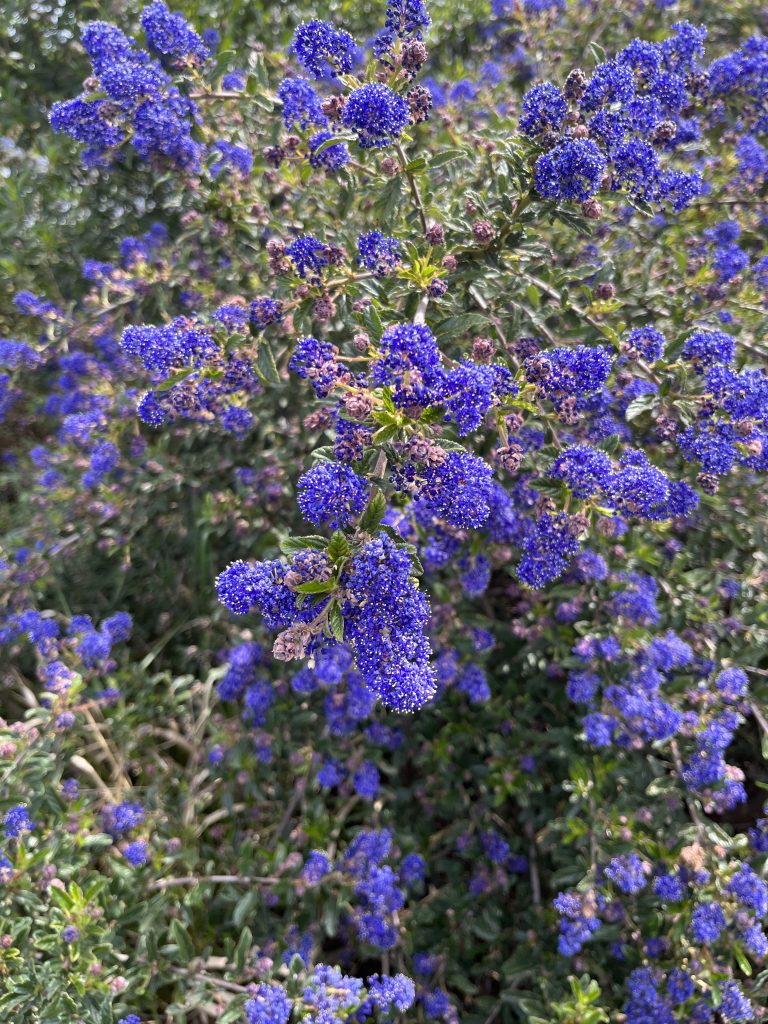 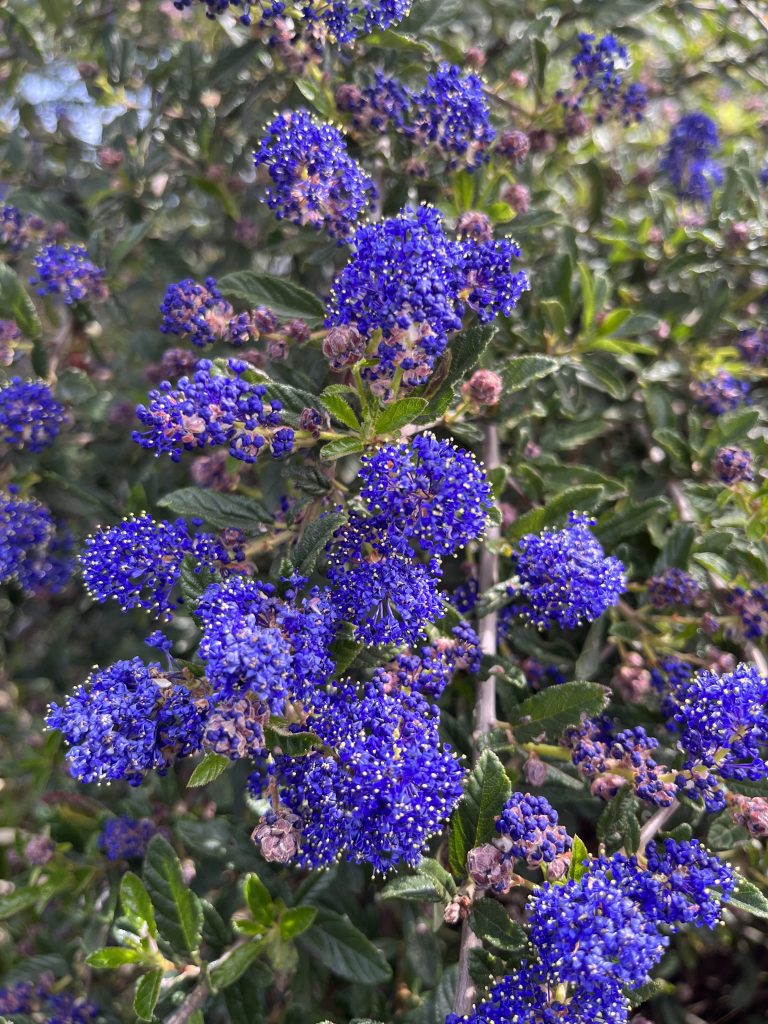