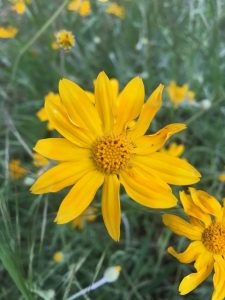 Oregon Sunshine is the cheery common name that greets this widespread native perennial. Silvery gray intricate foliage forms a spreading mat. In late spring and early summer brilliant golden yellow daisy flowers spangle 10″ stems. Loved by pollinators and we’ve been impressed with its draw to butterflies as well. To 2′ across and excellent on slopes where water never lingers. Add compost and this perennial will soar- give it room in that case.In the wild its a frequent of road cuts and other disturbed sites. It also competes admirably with exotic invasive weeds and will persist where other natives are swamped. Rock gardens, dry borders. Water to establish- the first season- but never boggy. The following year it will rely only on what falls from the sky. Full sun to light shade. Adapts to poor soils. Moderate deer resistance. Goes quickly dormant following bloom. Native to the Portland city limits. Very good planted beneath Pinus ponderosa var. benthamiana Pacific Ponderosa Pine this pair can frequently be found in the wild. Oregon native plant. 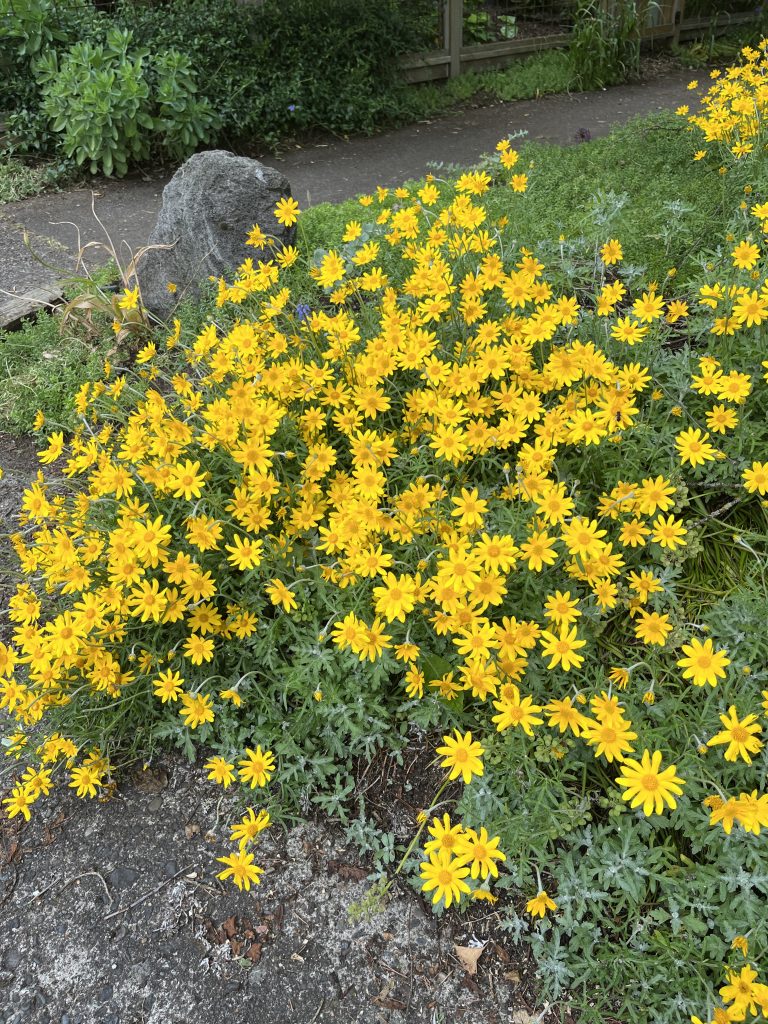 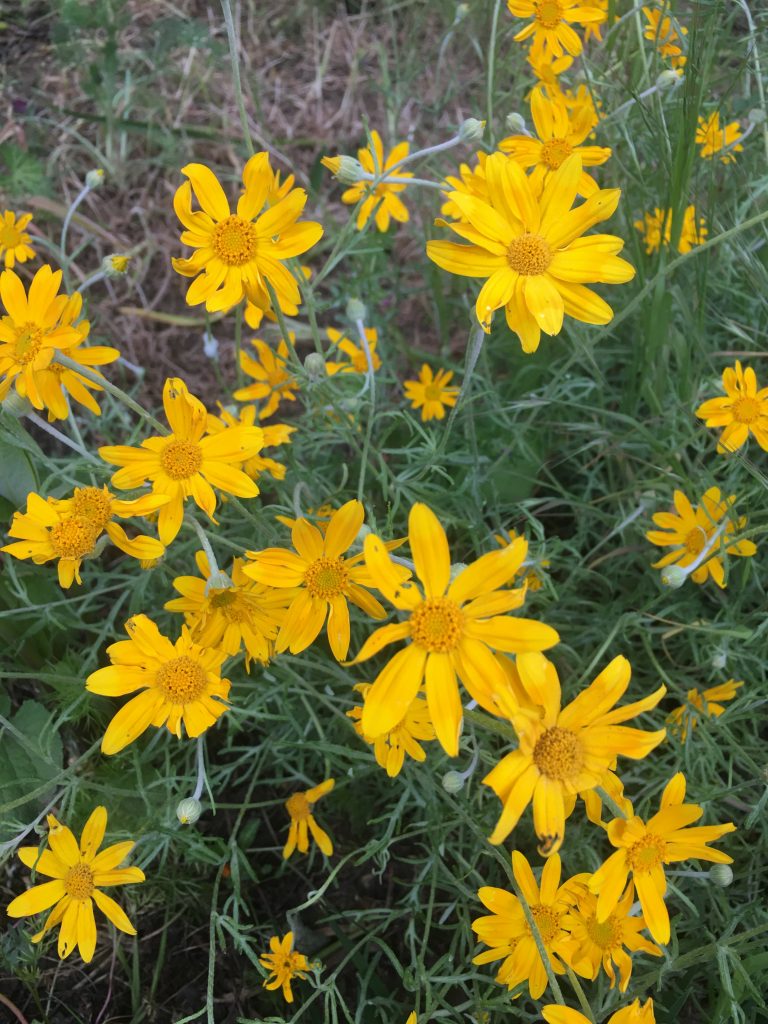