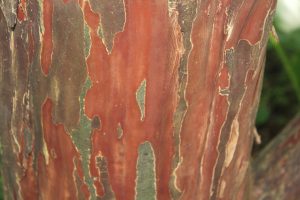 Crape myrtles aren’t just about flowers we actually are even more attracted to the handsome, exfoliating bark. This selection from the disease resistant Japanese species has some of the best bark in the vegetable kingdom. Swaths of muscular mahogany, cinnamon red smooth regions create a fantastic tapestry. This is a very large growing Crape Myrtle with profuse but smaller trusses of FRAGRANT white flowers in mid- late summer. Fall color is bright orange/yellow/red and is very striking in its somewhat brief display. To 25′ tall in great age it grows approximately 3′-4′ per year when young. The first several years in the ground it will appear as large bush- patience it will soon assume an arboreal habit.  Bark begins to develop coloration in 2-3 years. Most often multi-trunked this gives the gardener even more beauty to stare at.The most common form of this tree has a single trunk about 1′ tall with profuse multiple branching from there. Its a little odd but in time it forms great canopy that spreads to a dense umbrella shape. Completely disease resistant and because of that this tree first identified in 1956 on the Japanese island of Yakushima  imparts this trait to its hybrid progeny. It also is the source for colorful bark found in many of the National Arboretum hybrids.  Best with consistent summer moisture for the first few years then only occasional deep soaks. Deciduous- fall color is a saturated light orange/gold. A fantastic street tree with great dimensions and form. This selection – chosen for bark coloration can be difficult to locate. Beautiful tree. 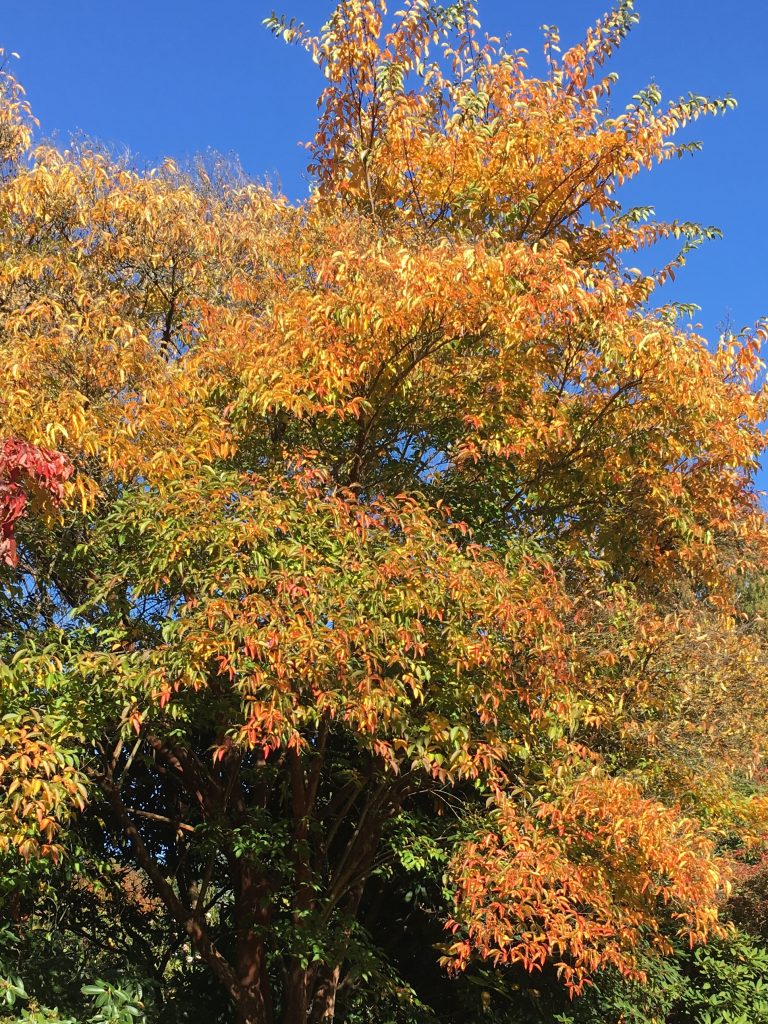 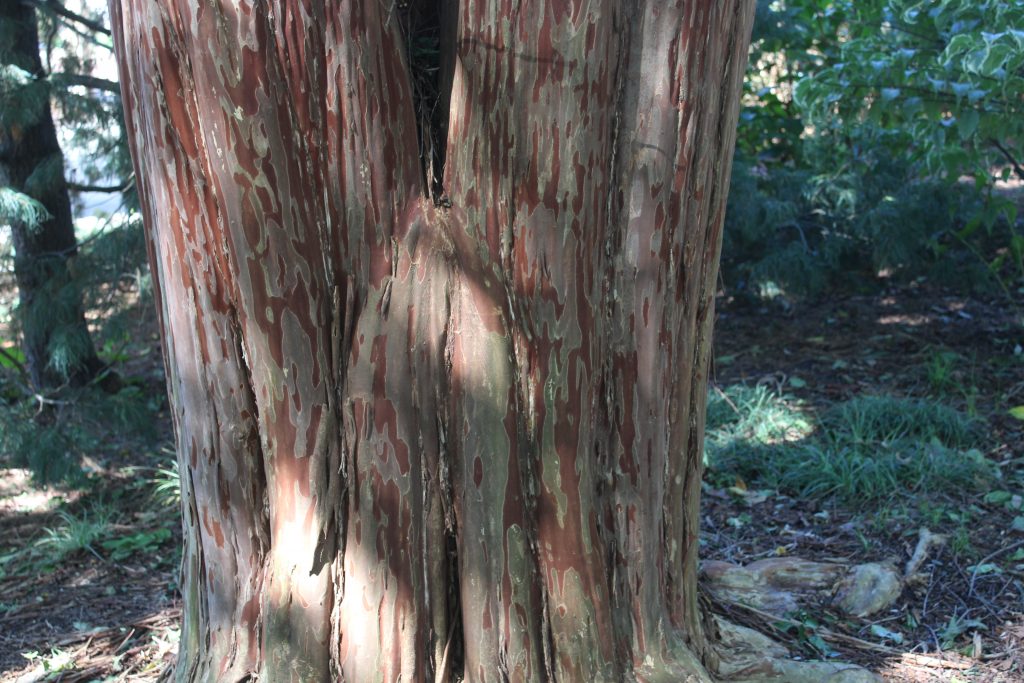 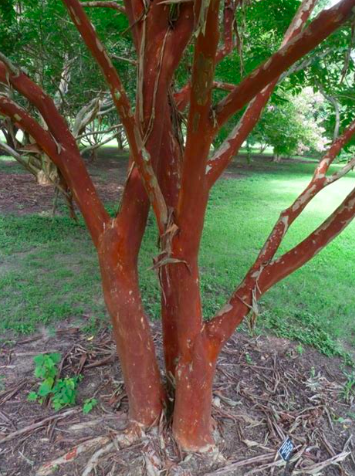