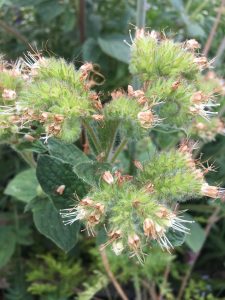 The most sought after plant for native bees is Varied leaf Phacelia. For anyone who has hiked and camped in Oregon you are likely already familiar with this silvery plant. The divided and rounded laves are clad in silver fur and the leaves are the highlight of this widespread perennial. The flower which shows great promise as it rises from the cool leaves. It opens and then unfurls and you expect a purple or even red flower but no disappointly- dingy off white is what unfurls. Either way its a pollinator paradise. Size is dependent on the fertility of the soil. Often you see this plant in its early rosette forms along just about any path in the state. Western Oregon to Eastern Oregon this widespread plant is specific to our native pollinators. To 18″-3′ (in really rich soil). Short lived Oregon native perennial. About 3-5 years. Reliably reseeds. Seedlings are easy to spot as they mimic the parent plant. Full sun to a considerable amount of woodland shade. Associated plants in habitat are Sword ferns (Polystichum minutum) and Vancouveria hexandra. Moderately deer resistant. Native in the Portland city limits. Oregon native plant. 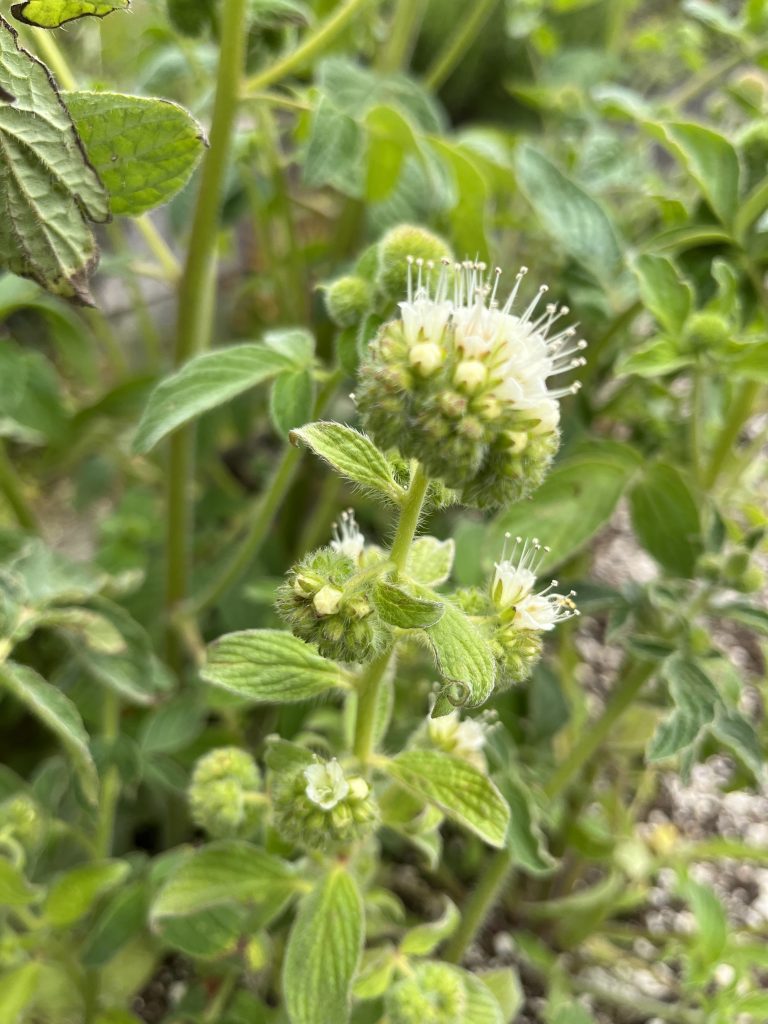 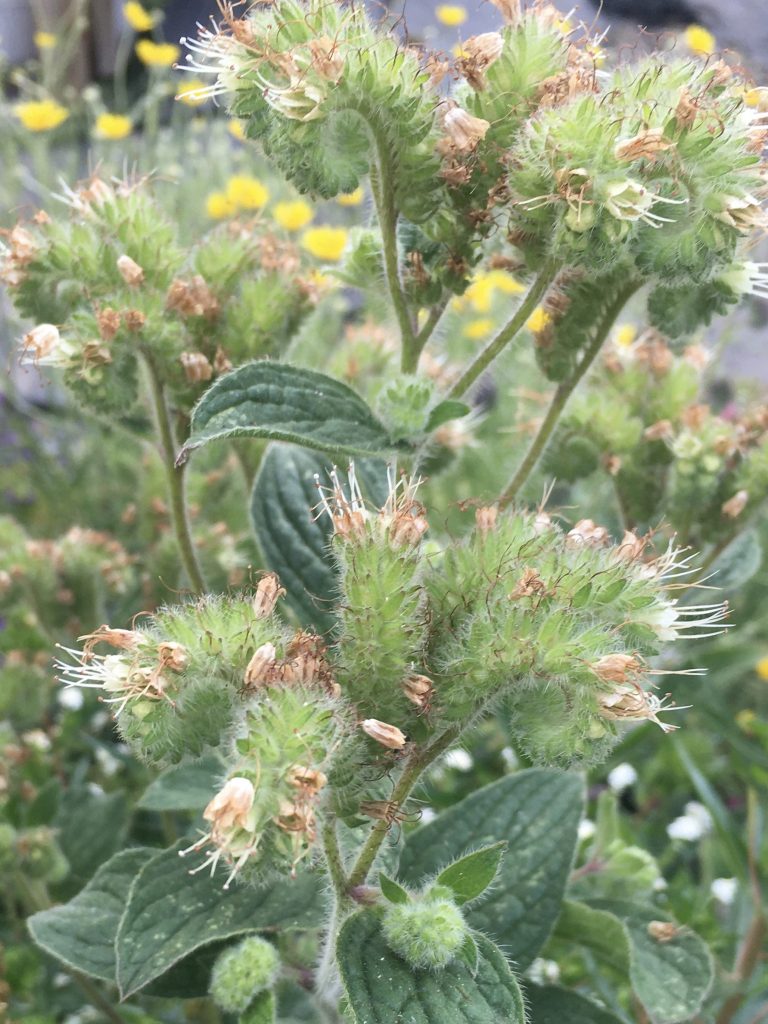