Flowering Currant. One of the most conspicuous flowering shrubs over the western half of Oregon. From extreme Southwest BC to northern California. .This v shaped and arching shrub protrudes from highway plantings like a chandelier of pink flowers. Each chain of flowers is a slightly different shade of pink to white on this batch of seedlings. To 9′ x 9′ forming  somewhat open shade. Blooms on old wood, prune if needed AFTER flowering has ended in late spring. Fall color ranges from pink to orange and quite often yellow. We had several shrubs of this plant on the property where I grew up. We randomly harvested the branches for cut flowers for almost two generations and none of the plants suffered. They were wild plants and as good as any named variety. Blooms March to April and then maple shaped leaves unfurl and are a quilted nice texture. Full sun to quite a bit of shade at the expense of flowering. Dusty blue fruits cascade in chains as the leaves drop in fall. These are immensely sour fruits.  Best on hillsides poking through the rest of the underbrush. Flowers which have a  slight skunk funk force easily if brought inside. One of Oregons greatest native flowering shrubs. Moderate deer resistance. Water to establish then only occasionally. Oregon native plant. 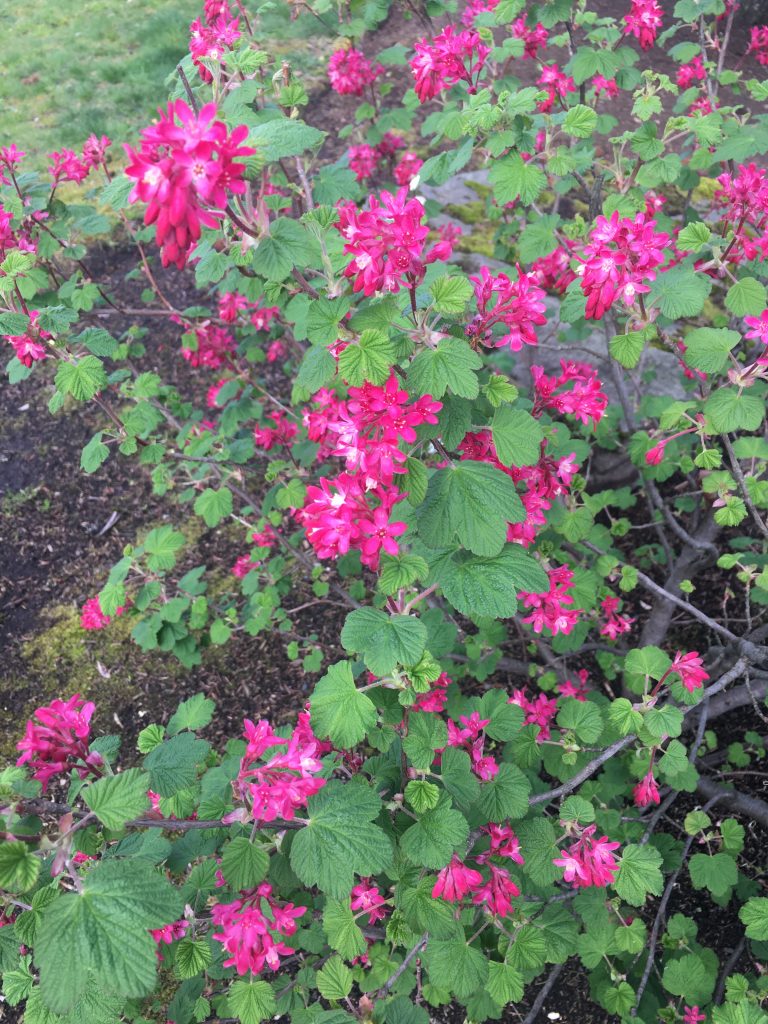