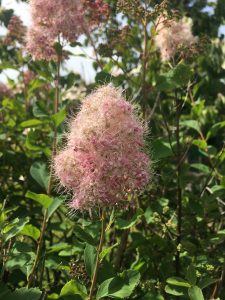 This is our local form of the Pyramid Spiraea an attractive naturally occurring hybrid between two local species. Spiraea douglasii (dark pink flowered) and Spiraea betulifolia var. lucida (white flowered).  Its a larger plant and much more controlled than  its parent S. douglasii and it inherits some of the drought adaptation of Birch leaf Spiraea. To 5′ tall and 4′ wide this upright growing shrub produces pyramid shaped inflorescences of the softest pink- intermediate between the two species. This form was found just east of Portland. Full sun and occasional deep soaks in dry summers. Tolerates part shade at the expense of a tidy, upright habit. Blooms on wood from the previous season, prune if needed after flowering. Adaptable to wild areas. Deciduous shrub that turns to tones of yellow and flaming orange in mid autumn. This twiggy shrub would make a great hedgerow plant. Blooms late May to early July. Flowers turn to tan seed heads that persist on the plant. Cold hardy and not difficult to grow. Not bothered by pests or disease. Not fussy about soils adaptable from sand to clay. Oregon native plant. 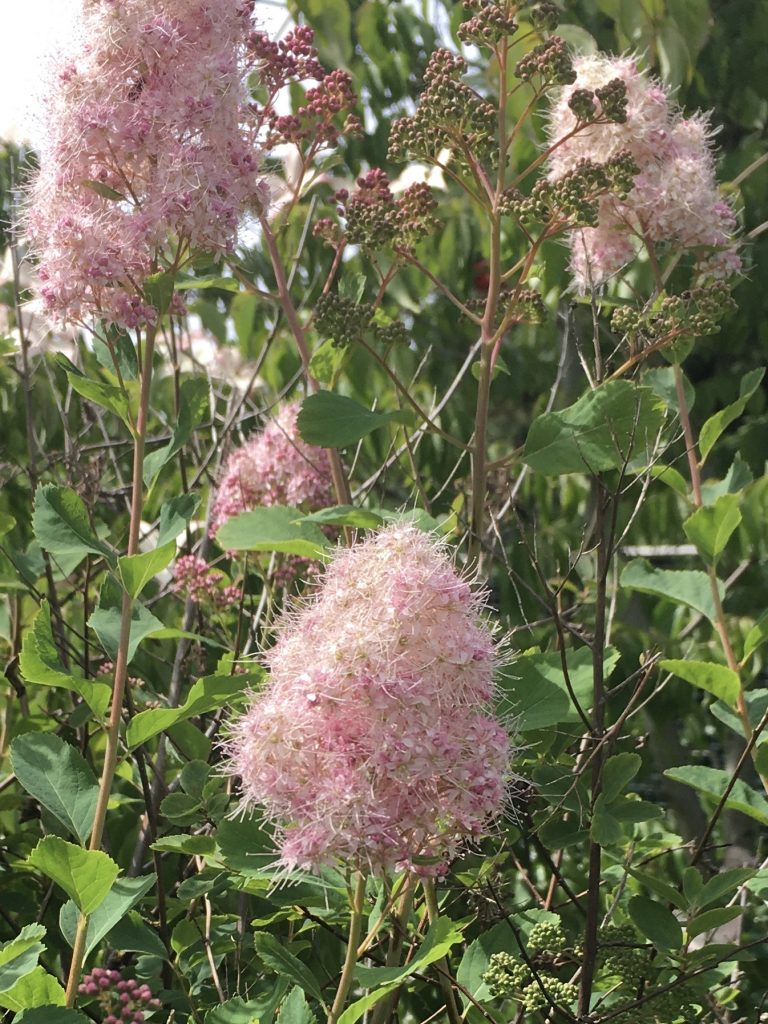